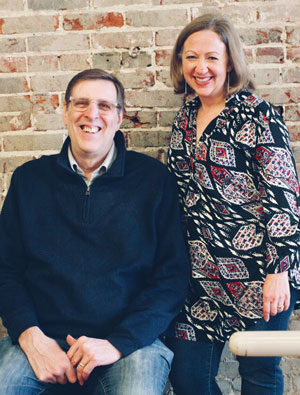 From the French fiddlers of the fur trading days to the rock and hip hop icons of the present millennium, St. Louis has been a town rich in musical history. Though it has rarely been cited as a center of any scene, any area that has been home to Chuck Berry, Miles Davis, Ike & Tina Turner, Grant Green, Pavlov’s Dog, Uncle Tupelo, Nelly, and Pokey LaFarge has clearly deserved more attention. This book tells the story of music in St. Louis, from the symphonic to the singer/songwriter, from the radio stations that propelled it to the fanzines that documented it, from the musicians who left here for greater fame to those who stayed and made this town more vibrant. This is the first time that all the tributaries of the great St. Louis river of song have been covered in one place; classical, jazz, blues, r&b, rock’n’roll, country, hip hop, and more.

Steve Pick was born in 1958 in St. Louis, Missouri. His life-long interest in music became an obsession when he cofounded Jet Lag magazine in 1980, then spent 13 years reviewing concerts and writing a music column for the St. Louis Post-Dispatch. From 1988 through 1993, and again from 2001 to the present, he has hosted a weekly radio show on KDHX-FM. In his lifetime, he has seen more than half the musicians in this book play live. Amanda E. Doyle is a St. Louis transplant (via Memphis, Florida, and Mizzou) and ardent city resident. She got kicked out of her first concert at age 6, which began a lifetime of great shows and diverse musical interests. She’s written for visitor publications in several cities, and has authored 5 previous books, including 100 Things to Do in St. Louis Before You Die, Missouri Almanac 2018-2019, and Standing Up for Civil Rights in St. Louis. She lives with her husband, two children, a nutty cat, and an elderly Chihuahua in south St. Louis. (Photo by Tom Lampe)