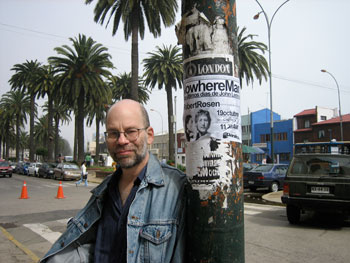 Growing up as a Jewish boy in Flatbush in the 1950s and ’60s was a tumultuous time shaped by the aftermath of WWII, the JFK assassination and then commonly-accepted bigotry, as author Robert Rosen shares in his new book, Bobby in Naziland: A Tale of Flatbush.  The coming-of-age memoir tells the story of Rosen and his family set in working-class Flatbush, then a neighborhood largely populated by Holocaust survivors and World War II veterans. Like Rosen’s father, who ran a candy store in the neighborhood and was haunted by memories of the concentration camps he helped liberate.

“Flatbush was a very provincial and working-class area,” said Rosen, who grew up on East 17th Street., between Church and Caton Avenues. “Growing up, the history of the Holocaust and of WWII was everywhere.”

Rosen first learned about the war and the Holocaust when he saw a woman in a bakery with a concentration camp identification number tattooed on her arm. Not knowing what it was, he turned to his mother who explained to him the meaning of the numbers.  “Once I saw that and understood it, I began noticing it all around the neighborhood. There were so many people with numbers on their arms,” said Rosen.  Yet, despite the persecution that many of the people in the neighborhood had experienced under the Nazis, Rosen realized that the then-largely white Flatbush community was very bigoted, his father included.

Bobby in Naziland: A Tale of Flatbush (Paperback)