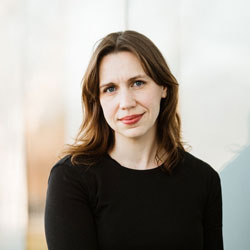 An emphatic argument about the dangers of compromise in art, politics, and everyday life

In On Compromise: Art, Politics, and the Fate of an American Ideal, Rachel Greenwald Smith argues against contemporary liberal society’s tendency to view compromise as an unalloyed good—politically, ethically, and artistically. In a series of clear, convincing essays, Smith explores the dangers of thinking about compromise as an end, rather than as a means, by way of Bikini Kill and the Riot Grrrl movement, the Iowa Writers’ Workshop, Poetry magazine, the resurgence of fascism, and other wide-ranging topics.

Greenwald Smith takes a commendably expansive view of the idea and practice of compromise, creating a nuanced look at a thorny subject. The result is a work of criticism as thoughtful as it is relevant. —Publishers Weekly

This is an in-person event.  Masks are required for all attendees. Copies of On Compromise will be available for purchase and signing at the event, courtesy of Subterranean Books.

On Compromise: Art, Politics, and the Fate of an American Ideal (Paperback)