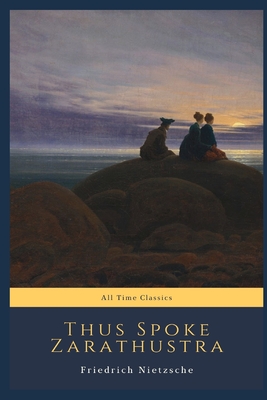 German classical scholar, philosopher, and critic of culture, who became one of the most influential of all modern thinkers. His attempts to unmask the motives that underlie traditional Western religion, morality, and philosophy deeply affected generations of theologians, philosophers, psychologists, poets, novelists, and playwrights. Thus Spake Zarathustra, also translated as Thus Spoke Zarathustra, treatise by Friedrich Nietzsche, written in four parts and published in German between 1883 and 1885 as Also sprach Zarathustra. The work is incomplete, according to Nietzsche's original plan, but it is the first thorough statement of Nietzsche's mature philosophy and the masterpiece of his career. It received little attention during his lifetime, but its influence since his death has been considerable in the arts as well as philosophy. Written in the form of a prose narrative, Thus Spake Zarathustra offers the philosophy of its author through the voice of Zarathustra (based on the Persian prophet Zoroaster), who after years of meditation has come down from a mountain to offer his wisdom to the world. It is this work in which Nietzsche made his famous (and much misconstrued) statement that "God is dead" and in which he presented some of the most influential and well-known (and likewise misunderstood) ideas of his philosophy, including those of the bermensch ("superman") and the "will to power." Though this is essentially a work of philosophy, it is also a masterpiece of literature. The book is a combination of prose and poetry, including epigrams, dithyrambs, and parodies as well as sections of pure poetry.