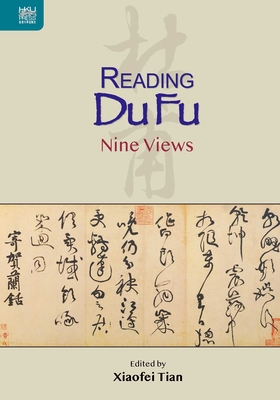 By Xiaofei Tian (Editor)
$58.50
May be on Backorder or may be Out of Print. May take a number of weeks to arrive if it arrives at all. We will confirm.

This is the first collection of essays in English, contributed by well-known experts of Chinese literature as well as scholars of a younger generation, dedicated to the poetry of Du Fu, commonly regarded as the greatest Chinese poet. These essays are engaged in historically nuanced close reading of Du Fu’s poems, both canonical and less known, from new angles and in various contexts, and discuss a series of critical issues, including the local and the imperial; the body politic and the individual body; poetry and geography; perspectives on the complicated relation of religion and literature; materiality and contemporary reception of Du Fu; poetry and visual art; and tradition and modernity. Many of the poems discussed in this book were written in the backwater town of Kuizhou, far from Du Fu’s earlier residence in the capital city Chang’an, at a time when the Tang dynasty was going through devastating social and political disturbances. The authors contend that Du Fu’s isolation from the elite literary establishments allowed him to become a pioneer who introduced a new order to the Chinese poetic discourse. However, his attention to details in everyday reality, his preoccupation with domestic life and the larger issues embroiled in it, his humor, and his ability to surprise tend to be obscured by the clichéd image of the “poet sage” and “poet historian”—an image this collection of essays successfully complicates.

Xiaofei Tian is professor of Chinese literature at Harvard University.

“The scholarship that went into this collection of essays is extremely solid and fills an important gap in the study of China’s greatest poet Du Fu. The convincing and compelling collection of articles from distinguished scholars rereads Du Fu from fresh and different perspectives and informs the reader about the amazing power of intertextuality.” —Kang-I Sun Chang, Yale University

“This rich and multilayered collection of essays about Du Fu, all written by major scholars, presents research of the highest quality and originality that succeeds most impressively in enriching and deepening our knowledge and appreciation of this great poet. This volume has the potential to engender a new stage of Du Fu studies.” —Antje Richter, University of Colorado, Boulder