Lost Stones of the Anunnaki: And The Mind-Altering Journey To Find Them (Paperback) 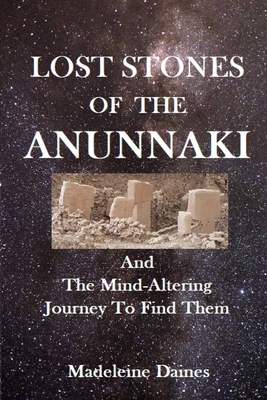 Lost Stones of the Anunnaki: And The Mind-Altering Journey To Find Them (Paperback)

Why did the people who wrote in Greek, Latin, Arabic, Hebrew, or Aramaic in antiquity never find cause to write about the Sumerian Anunnaki gods as such? Gilgamesh was mentioned early on, the pre-flood Sumerian kings also, but not the Anunnaki, a name that was first offered up by academia and later made famous by Zechariah Sitchin. Why were the Anunnaki ignored by all until the rediscovery of the earliest written language, that of Mesopotamia, in the 19th century?

In 1970, a reputed philologist, John Marco Allegro, made two highly unorthodox and controversial claims in his book, THE SACRED MUSHROOM AND THE CROSS. He asserted that the name of Jesus was taken from that of a mushroom with mind-altering properties, and that Sumerian was not only the source of the biblical name but more generally provided the missing link between later languages.

Along with the academic translations, Sitchin and Allegro are the two main sources of all our Sumerian food for thought - until now. What might a fresh perspective on the Sumerian language tell us about the Anunnaki and those names that have come down to us through the myths of Ancient Greece and Egypt, the biblical texts or the history books? About Atlantis, about the Gnostics and the Pagans, Moses, Osiris, Jesus, Odysseus, Jonah and the Whale, Mesopotamia and Tammuz to name just a few?

LOST STONES OF THE ANUNNAKI brings back to life the important words and meanings that have been glossed over, missed or misinterpreted in modern times. Following on from the retranslation of the earliest literary text dated to ca.2600 BC, known as THE INSTRUCTIONS OF SHURUPPAK and renamed THE STORY OF SUKURRU to better fit the narrative discovered there, this book makes use of lines from that text but also other referenced Sumerian writings.

It peels back the layers from assumptions and falsehoods made in both ancient and modern times concerning the origins of certain important names - the Sabians, the Chaldeans, Harran, Abraham - and looks for the truth in far older documents.

It digs into messages hidden in the many riddles found on tablets from the Old Babylonian period of ca.1900-1600 BC.

It looks into the meanings behind the multi-syllabic names on the antediluvian SUMERIAN KING LIST, casts an inquisitive eye over an ancient name of the Great Sphinx at Giza in Egypt, and asks a few pertinent questions of the Gobekli Tepe stones in the original language of that place.

Based in orthodox lexicons studied through a monosyllabic lens where every word retains its inherent meaning, the book is entirely grounded in evidence; no unsubstantiated conjecture about our past proclaimed as truth, no self-serving, superficial interpretations of someone else's words, and most of all no insults to the Sumerian authors. LOST STONES OF THE ANUNNAKI pays homage to the intelligence of the original scribes. It was time. The evidence for Sumerian being suffused with subjects of great profundity and of relevance to later civilisations is overwhelming. To those who are interested in moving forward and getting to the truth, whatever it might be: Hold on to your hats.