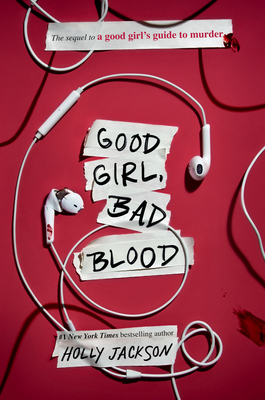 
Backordered. Not in stock at store and may take a number of weeks to arrive.
THE MUST-READ MULTIMILLION BESTSELLING MYSTERY SERIES•  More dark secrets are exposed in this addictive, true-crime fueled sequel when Pip finds herself in another deadly case.

Pip is not a detective anymore.

With the help of Ravi Singh, she released a true-crime podcast about the murder case they solved together last year. The podcast has gone viral, yet Pip insists her investigating days are behind her.

But she will have to break that promise when someone she knows goes missing. Jamie Reynolds has disappeared, on the very same night the town hosted a memorial for the sixth-year anniversary of the deaths of Andie Bell and Sal Singh.

The police won't do anything about it. And if they won't look for Jamie then Pip will, uncovering more of her town's dark secrets along the way... and this time everyone is listening. But will she find him before it's too late?


And don't miss the finale, As Good as Dead!
Holly Jackson is the #1 New York Times bestselling author of the A Good Girl's Guide to Murder series. She started writing stories at a young age, completing her first (poor) attempt at a novel when she was fifteen. Holly graduated from the University of Nottingham, where she studied literary linguistics and creative writing, with a master's degree in English. She enjoys playing video games and watching true-crime documentaries so she can pretend to be a detective. She lives in London.
Follow Holly on Twitter and Instagram at @HoJay92.

“If you love true crime, murder mysteries, and unstoppable young women, this is the perfect easy-read thriller.” —Business Insider


“A knockout series.” —The Nerd Daily

“An instant shocker that will leave you on the edge of your seat.” —Los Angeles Times High School Insider


"This is a great, twisty read for fans of YA." —Book Riot


“A fun, gripping, and skillfully constructed novel of suspense. I loved Pip—her relatable quirks, her inventive investigative approach, and her willingness to step outside of her safe world in search of the truth.” —Emily Arsenault, author of All the Pretty Things

"So so clever." —Savannah Brown, author of The Truth About Keeping Secrets


“Well-executed…. A treat for mystery readers who enjoy being kept in suspense.” —Kirkus Reviews

"Legions of fans of true crime podcasts may therefore flock to this one, and they’re unlikely to be disappointed." —Bulletin

"Fans of true crime will be hooked by the hunt for a killer, but there’s more to this Guide than just a whodunit. It’s a story of families, community and the ways a crisis can turn them against one another in the blink of an eye." —BookPage

"Twisty, surprising, and absolutely enthralling from page one, there’s no better way to end a series." —B&N Reads