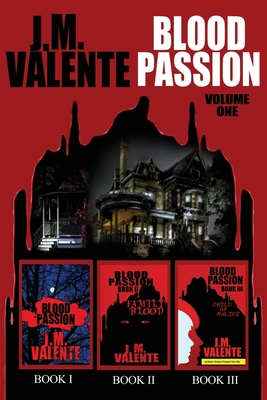 This engaging, and gripping story, is the memoirs of young Michael Valli; a Modern Gothic American Horror chronicle which takes place in the present-day picturesque waterfront town of Mystic; which has a folklore history of Vampires allegedly residing there, circa the late Eighteen Hundreds.

This is the elegiac story of; Michael's struggle with the Gothic passions of good and the depraved horrors of evil, a 'Dr. Jekyll and Mr. Hyde', and 'Psycho' circumstance, in which innocence is challenged by the Vampiric thirst for human blood. How will he survive, living with this macabre inner nemesis that he denominates as... Malice Nightwing.

That question is, the hypothesis of Michael's plight, which keeps the reader and would keep an audience, on the edge of their own sanity, having a love hate relationship with the main character of this tragic tale of Michael's encounter with a mutated Vampire Bat; transported to the beautiful waterfront town of Mystic, from Mexico City, Mexico unknowingly by two of his neighbours; which had been vacationing there.

Try as Michael does, to adjust to this estranged way of existing, until the love for, and of, a woman, makes him realize the horror of this way of life, now becoming a 'Beauty And The Beast' scenario, which then escalates the already ongoing conflict between Michael and his alter-ego Malice, strongly endangering them to their probable destruction, and or, demise...

The continuing story of the BLOOD PASSION Saga; the classic modern Gothic conflict; between the untainted passions of Good and the unbearable horrors of Evil, for which the ingenuous; through no fault of their own, are compelled to deal with, because of the obstinate curse of a life sustaining thirst to ingest the Blood of living beings. How does one deal with, living a life with an iniquitous ravenous desire to consume fresh Blood? You, the reader must abide, if you so dare;

This journey through the BLOOD PASSION curse to reveal, how it is endured.

The continuance of the Modern Gothic American Horror conflict; between the untainted Passions of Good and the unbridled Horrors of Evil, for which the ingenuous through no fault of their own are compelled to deal with, because of being endowed with the obstinate curse of a life sustaining need, to ingest fresh Blood of living beings on a regular basis.

This astonishing Novel is the telling of Rachael's coming of age story, and of how she must handle her extraordinary way of life, in which, the iniquitous ravenous desire to consume the fresh Blood of a living organism must ensue to sustain her very own strange dilemma of being born from what was once the tainted Love, between a Normal Human Mother and a Living Vampire Father.