The Evolution of Settlement Systems in the Region of Vohémar, Northeast Madagascar (Memoirs #63) (Paperback) 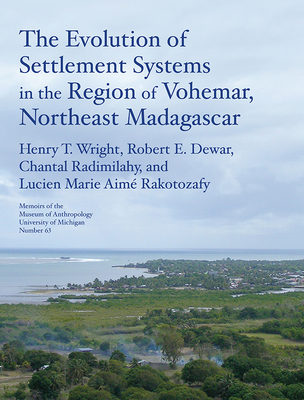 The Evolution of Settlement Systems in the Region of Vohémar, Northeast Madagascar (Memoirs #63) (Paperback)


May be on Backorder or may be Out of Print. May take a number of weeks to arrive if it arrives at all. We will confirm.
On the northeast coast of Madagascar, near the town of Vohémar, is a large cemetery dating to the fourteenth century. During World War II, French troops excavated the site but left no comprehensive report. University of Michigan archaeologist Henry T. Wright led an intensive archaeological survey in the region, hoping to find evidence of earlier settlements. In four seasons, the researchers found evidence of several settlements dating to different periods: a large port site dating to the same era as the cemetery; early estuarine villages of the 7th and 8th centuries; and a rock shelter with microlithic tools. In this study, Wright presents the survey results in detail, including the evidence for settlements as well as illustrations of the ceramics and stone tools.
Henry T. Wright is curator of Near Eastern Archaeology at the Museum of Anthropological Archaeology and Albert Clanton Spaulding Distinguished University Professor of Anthropology at the University of Michigan. His decades of fieldwork in Iran, particularly on the Deh Luran plain, resulted in several now-classic publications. He previously wrote about his research in Madagascar in Early State Formation in Central Madagascar: An Archaeological Survey of Western Avaradrano (2007).