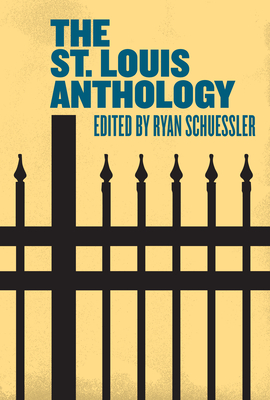 St. Louis is undoubtedly fragmented, physically so in that the city is dissected by rivers, highways, walls, and fences; but also in a more insidious way. It's a city (like many) where race, class, religion, and zip code might as well be cards in a rigged poker game, where the winners' prize is the ability to ignore that the losers have drastically shorter life expectancies. But it's also a city of warmth, love, and beauty--especially in its contrasts. The St. Louis Anthology dares to confront the city's nostalgia and its trauma, celebrating those who have faced both, living complex and nuanced lives in this city against a backdrop of its red brick, muddy rivers, and sticky summer nights when the symphony of cicadas and jazz is almost loud enough to drown out the gunshots. Edited by Ryan Schuessler, featuring nearly 70 pieces penned by St. Louis writers, journalists, clergy, poets, and activists including Aisha Sultan, Galen Gritts, Vivian Gibson, Maja Sadikovic, Nartana Premachandra, Sophia Benoit, Robert Langellier, Samuel Autman, Umar Lee, and more.

Ryan Schuessler is a journalist from St. Louis, currently based in Chicago, whose work has appeared in Al Jazeera America, The Washington Post, The Guardian, The New York Times, National Geographic News, and The St. Louis Beacon.