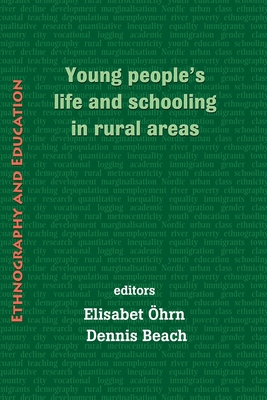 Rural-urban disparities in Sweden, as in many other countries, have been somewhat of a blackspot--one that seems to have both diversified and expanded in recently. Schools are often fighting to survive in rural areas which are losing value in terms of wealth and cultural capital and rather than offering a route to social mobility and equality, they risk reproducing inequality and future life difficulties.

First, there are distinctive differences between various types of rural area, their education, and the responses and resistance to the present situation by those living there. Second, despite these differences we can still point to consistent patterns. Third is the issue of mobility into and between rural areas. Different social groups and places have different and distinct mobility forms and patterns, and educational availabilities are amongst the factors involved. Some are effectively imprisoned in their now increasingly depleted areas and experience intense alienation and flight instincts. Fourth, the introduction of market politics is also an important contextual feature in rural education and school experiences. This travelling package of metro-centric policies cuts very differently in rural areas compared with urban, as it also does in respect of rural towns compared with other kinds of rural area.