The Telescope: A Short History (Hardcover) 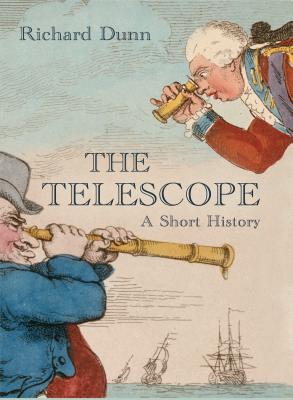 The Telescope: A Short History (Hardcover)

As an instrument of science and navigation the telescope was at the forefront of discovery. Even today it is vital to modern understanding of space and the origins of matter. The story of its development is a fascinating narrative of scientific endeavour, exploration and ingenuity, encompassing the lives of scientists and astronomers such as Galileo, Newton, William Herschel and Edmund Halley as well as the exploits of naval officers and explorers like Cloudesley Shovell and James Cook. Richard Dunn presents an engaging historical survey that traces the telescope from its invention in 1608 to its contemporary applications in astrophysics. Profusely illustrated with exquisite examples of telescopes and other prints, drawings and artworks, The Telescope will appeal to all those with an interest in science, discovery and exploration, maritime history, seafaring or astronomy.

Richard Dunn is currently Curator of the History of Navigation at the National Maritime Museum, Greenwich. Trained as a historian of science, he has published widely on subjects including astrology, navigation, scientific instruments and museums.