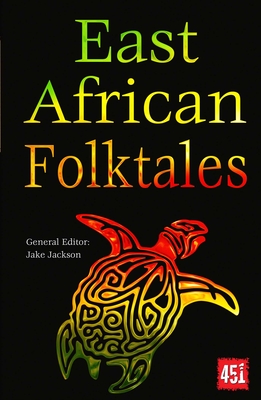 
Not in stock at store. Will, in most instances, ship from our warehouse in 7-10 days
From the rift valley come stories of gods, tricksters, cattle and ogres from the many peoples of East Africa.

Traditional stories bring a deeper understanding of the movement of peoples across East Africa. Common roots and differences between ancient peoples create a lively portrait with their fragile, powerful gods. The modern nations of Kenya, Tanzania, Uganda, Rwanda and more inherit the folk and mythic tales of the rift valley region. Here you'll find stories of ogres and tricksters, riddles and poems, figures such as the first man (Gikuyu) and woman (Mumbi), and great heroes of history such as Liongo. This new collection is created for the modern reader.

FLAME TREE 451: From myth to mystery, the supernatural to horror, fantasy and science fiction, Flame Tree 451 offers a healthy diet of werewolves and mechanical men, blood-lusty vampires, dastardly villains, mad scientists, secret worlds, lost civilizations and escapist fantasies. Discover a storehouse of tales gathered specifically for the reader of the fantastic.
Jake Jackson has written, edited and contributed to over 20 books on mythology and folklore. Related works include studies of Babylonian creation myths, the philosophy of time and William Blake's use of mythology in his visionary literature.