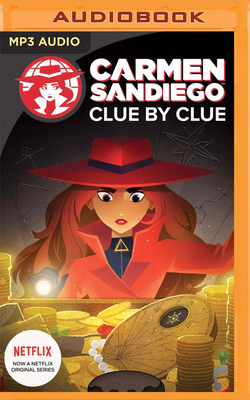 Carmen Sandiego and crew are off on a thrilling treasure hunt in this original story inspired by the Netflix animated series. When the secrets of a centuries-old treasure map are uncovered, it's up to Carmen to puzzle out the pirate's code and track down a long-lost treasure. From the cobblestone streets of London to a sunken city in the Caribbean, Carmen must stay one step ahead on a trail of clues in order to beat her nemeses to the buried treasure