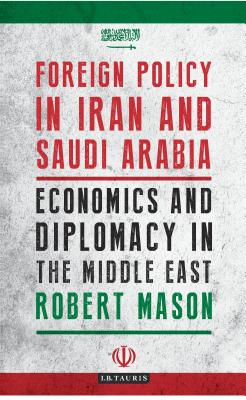 
Not in stock at store. Will, in most instances, ship from our warehouse in 7-10 days
Saudi Arabia, with its US alliance and abundance of oil dollars, has a very different economic story to that of Iran, which despite enormous natural gas reserves, has been hit hard by economic, trade, scientific and military sanctions since its 1979 revolution. Robert Mason looks at the effect that economic considerations (such as oil, gas, sanctions, trade and investment) have had on foreign policy decision-making processes and diplomatic activities. By examining the foreign policies of Saudi Arabia and Iran towards each other, and towards the wider Middle East and beyond, Mason seeks to highlight how oil policy, including oil production, pricing and security of supply and demand, is the paramount economic factor which drives the diplomacy and rivalry of these two pivotal regional powers. His book thus offers vital analysis for researchers of international relations in the Middle East and the processes involved in the formation of foreign policy.
Robert Mason is Research Assistant in the College of Social Sciences and International Studies at the University of Exeter. He holds a PhD in Middle East Politics from the University of Exeter.