A Bloody Day: The Irish at Waterloo (Paperback) 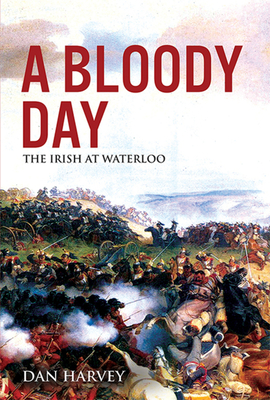 Within the grand narrative of the Battle of Waterloo-one that marks the end of Napoleon's career as conqueror and the beginning of an extended peace in western Europe-little is known of the formidable efforts made by the Irish who supplemented the strength of the British Army and, in no small measure, directed the outcome of this vital moment in the history of the world. Through empirical research, Dan Harvey delivers a book that reveals the manoeuvres that the Irish mounted against the French and the courage that they displayed at so many points within the confrontation. Harvey examines attacks from the French infantry, cavalry and Imperial Guard, revealing how Irish soldiers bore the brunt of Napoleon's frontal assault; they suffered many casualties but were also witness to countless feats of valour. A Bloody Day brings the actions of the Irish at Waterloo into focus, unravelling the true import of their deeds on Sunday June 18, 1815. [Subject: Military History, History, Irish Studies]