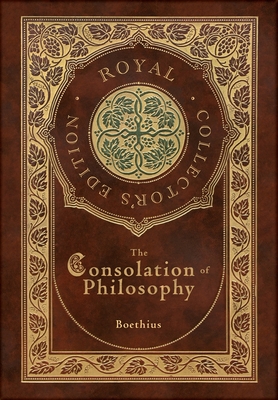 The Consolation of Philosophy was written in 523 AD during a one-year imprisonment Boethius served while awaiting trial-and eventual execution-for the alleged crime of treason under King Theodoric the Great. Boethius held the prestigious office of magister officiorum in Rome, but was brought down by treachery. The text reflects on how evil can exist in a world governed by God and how happiness is still attainable amidst fickle fortune, and considers the nature of happiness and God.

The Consolation of Philosophy has been described as the single most important and influential work in the West on Medieval and early Renaissance Christianity, as well as the last great Western work of the Classical Period. Readers of the text were encouraged not to seek worldly goods such as money and power, but to seek internalized virtues. With its note of fatalism and its affinities with the Christian doctrine of humility, The Consolation of Philosophy stands midway between the pagan philosophy of Seneca the Younger and the later Christian philosophy of consolation represented by Thomas Kempis.