Becoming Alien: The Beginning and End of Evil in Science Fiction's Most Idiosyncratic Film Franchise (Paperback) 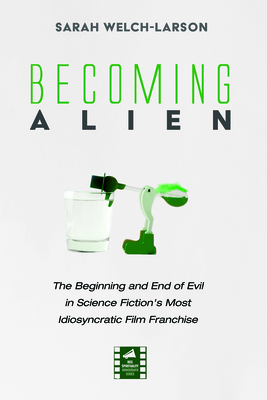 The Alien films are perceived to be a fractured franchise, each one loosely related to the others. They are nonlinear, complicated, convoluted: a collection of genre movies ranging from horror to war to farce.

But on closer examination, the threads that bind together these films are strong and undeniable. The series is a model of Catherine Keller's cosmology as a cycle of order out of chaos, an illustration of her concept of evil as discreation.

When viewed through the lens of Keller's Face of the Deep, the Alien films resolve into a cohesive whole. The series becomes six views of the idea of evil-as-exploitation, its origins, and its consequences. Each film expands on the concept of evil set forth by its predecessors, complicating that conception, and retroactively enriching readings of the films that came before.