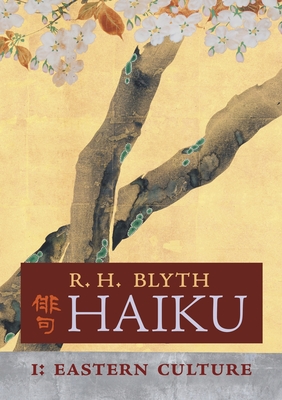 Reginald Horace Blyth (1898-1964) was a prime mover in the popularization of haiku and Zen philosophy in western culture. Born in England, Blyth spent most of his working life in Japan, where he acted as a professor of English and foreign liaison, and became a great admirer of Japanese poetry. Long considered by haiku enthusiasts an essential resource for English-speaking readers, Blyth's four-volume haiku anthology is a testament to his love and deep understanding of this singular art form. Presenting the best work of Japan's haiku masters alongside his own lucid commentary, Blyth's volumes communicate the true meaning and spirit of haiku in a way rarely accessible to western readers.

In Haiku Vol. I (Eastern Culture), Blyth introduces the reader to the many aspects of Japanese culture that contributed to the formation of haiku, among them religion, Zen, selflessness, loneliness, humor, and puns, with examples taken from the poetry of Basho, Issa, Buson, and others.