Last Word: My Indictment of the CIA in the Murder of JFK (Paperback) 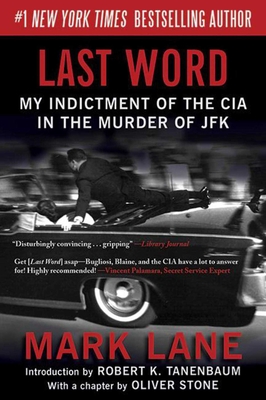 Last Word: My Indictment of the CIA in the Murder of JFK (Paperback)


Not in stock at store. Will, in most instances, ship from our warehouse in 7-10 days
Mark Lane tried the only U.S. court case in which the jurors concluded that the CIA plotted the murder of President Kennedy, but there was always a missing piece: How did the CIA control cops and secret service agents on the ground in Dealey Plaza? How di
Academy Award-winning Oliver Stone has written and directed over 25 feature films and 6 documentaries, among them some of the most influential and iconic films of the last decades. Some have been at deep odds with conventional myth— films such as Platoon, Born on the Fourth of July, JFK, Natural Born Killers, Nixon, and Untold History of the United States.