The Merchant of Venice: The Pure Shakespeare Series, a Tale of Love and Avarice (Paperback) 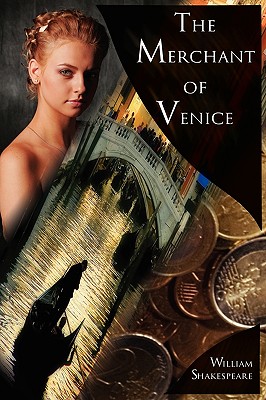 By William Shakespeare, The Bard
$6.49

Between 1596 and 1598, William Shakespeare penned The Merchant of Venice following other timeless plays such as Romeo and Juliet and Richard III. While originally classified as a comedy, its dramatic scenes are what many remember most, especially the speech delivered by Shylock: Hath not a Jew eyes? Hath not a Jew hands, organs, dimensions, senses, affections, passions; fed with the same food, hurt with the same weapons, subject to the same diseases, heal'd by the same means, warm'd and cool'd by the same winter and summer as a Christian is? If you prick us, do we not bleed? If you tickle us, do we not laugh? If you poison us, do we not die? And if you wrong us, shall we not revenge? If we are like you in the rest, we will resemble you in that. If a Jew wrong a Christian, what is his humility? Revenge. If a Christian wrong a Jew, what should his sufferance be by Christian example? Why, revenge. The villainy you teach me, I will execute, and it shall go hard but I will better the instruction. (Act III, Scene I) Delving into issues of racism, love, tolerance, and ethics, The Merchant of Venice is one of Shakespeare's most enduring, relevant, and controversial plays.