The Secret of the Golden Flower; A Chinese Book of Life (Paperback) 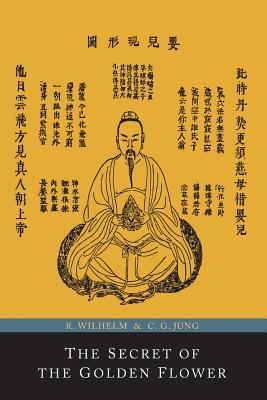 By Richard Wilhelm (Translator), Cary F. Baynes (Translator), C. G. Jung (Commentaries by)
$11.64
Not in stock at store. Will, in most instances, ship from our warehouse in 7-10 days

2014 Reprint of 1932 Edition. Full facsimile of the original edition. Not reproduced with Optical Recognition Software. "The Secret of the Golden Flower" is a Chinese Taoist book about meditation, first was translated by Richard Wilhelm, a friend of Carl Jung. Jung wrote a forward and an appendix for the book. The meditation technique described in the book is a straightforward, silent method; the book's description of meditation has been characterized as 'Zen with details'. The meditation technique, set forth in poetic language, reduces to a formula of sitting, breathing and contemplating. Sitting primarily relates to a straight posture. Breathing is described in detail, primarily in terms of the esoteric physiology of the path of "qi" (also known as "chi" or "ki"), or breath energy. The energy path associated with breathing has been described as similar to an internal wheel vertically aligned with the spine. When breathing is steady, the wheel turns forward, with breath energy rising in back and descending in front. Bad breathing habits (or bad posture, or even bad thoughts) may cause the wheel not to turn, or move backward, inhibiting the circulation of essential breath energy. In contemplation, one watches thoughts as they arise and recede. The title is illustrated with eleven plates and four text illustrations.