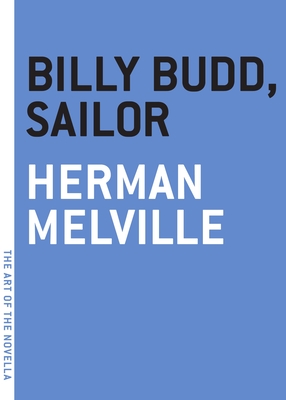 Herman Melville's final masterpiece, found unpublished on his desk at his death.

Billy Budd, Sailor would emerge, after its publication in 1924, as one of Melville's best-loved books--and one of his most open, with its discussion of homosexualty.

In it, Melville returns to the sea to tell the story of Billy, a cheerful, hard working, and handsome young sailor, conscripted to work against his will on another ship, where he soon finds himself persecuted by Claggart, the paranoid master-at-arms. As things escalate beyond the naive Billy's control, tragedy looms on the horizon like Melville's great white whale, and the story become Melville's final, sublime plunge into the classic tussle between civilization and chaos, between oppression and freedom, as well as the book in which he discusses homosexuality most openly.

One of the major works of American literature.

Herman Melville was born in New York City in 1819. At eighteen, he set sail on a whaler, and upon his return, wrote a series of bestselling adventure novels based on his travels, including Typee and Omoo, which made him famous. Starting with Moby-Dick in 1851, however, his increasingly complex and challenging work drew more and more negative criticism, until 1857 when, after his collection Piazza Tales (which included "Bartleby the Scrivener"), and the novel The Confidence Man, Melville stopped publishing fiction. He drifted into obscurity, writing poetry and working for the Customs House in New York City, until his death in 1891.

"The most studied and admired of Melville's works except for Moby-Dick." --John Updike

"[A] late-life masterpiece." --The New York Review of Books