The Last Hunger Season: A Year in an African Farm Community on the Brink of Change (Paperback) 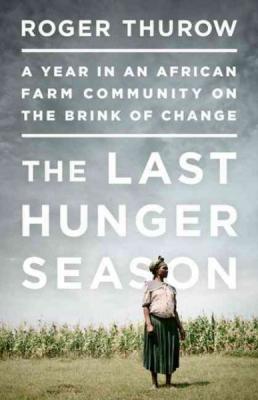 The Last Hunger Season: A Year in an African Farm Community on the Brink of Change (Paperback)


Not in stock at store. Will, in most instances, ship from our warehouse in 7-10 days
At 4:00 am, Leonida Wanyama lit a lantern in her house made of sticks and mud. She was up long before the sun to begin her farm work, as usual. But this would be no ordinary day, this second Friday of the new year. This was the day Leonida and a group of smallholder farmers in western Kenya would begin their exodus, as she said, "from misery to Canaan," the land of milk and honey. Africa's smallholder farmers, most of whom are women, know misery. They toil in a time warp, living and working essentially as their forebears did a century ago. With tired seeds, meager soil nutrition, primitive storage facilities, wretched roads, and no capital or credit, they harvest less than one-quarter the yields of Western farmers. The romantic ideal of African farmers -- rural villagers in touch with nature, tending bucolic fields -- is in reality a horror scene of malnourished children, backbreaking manual work, and profound hopelessness. Growing food is their driving preoccupation, and still they don't have enough to feed their families throughout the year. The wanjala -- the annual hunger season that can stretch from one month to as many as eight or nine -- abides. But in January 2011, Leonida and her neighbors came together and took the enormous risk of trying to change their lives. Award-winning author and world hunger activist Roger Thurow spent a year with four of them -- Leonida Wanyama, Rasoa Wasike, Francis Mamati, and Zipporah Biketi -- to intimately chronicle their efforts. In The Last Hunger Season, he illuminates the profound challenges these farmers and their families face, and follows them through the seasons to see whether, with a little bit of help from a new social enterprise organization called One Acre Fund, they might transcend lives of dire poverty and hunger. The daily dramas of the farmers' lives unfold against the backdrop of a looming global challenge: to feed a growing population, world food production must nearly double by 2050. If these farmers succeed, so might we all.
Roger Thurow is a senior fellow for global agriculture and food policy at the Chicago Council on Global Affairs. He was a reporter at the Wall Street Journal for thirty years. He is, with Scott Kilman, the author of Enough: Why the World's Poorest Starve in an Age of Plenty, which won the Harry Chapin WhyHunger award and was a finalist for the Dayton Literary Peace Prize and for the New York Public Library Helen Bernstein Book Award; and the author of The Last Hunger Season. He is a 2009 recipient of the Action Against Hunger Humanitarian Award. A long time Chicagoan, he now lives near Washington, DC.