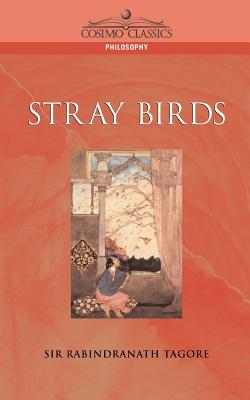 
Not in stock at store. Will, in most instances, ship from our warehouse in 7-10 days
"Stray Birds" contains ideas on nature, man, and his environment as may be entertained by a man sitting by a window where the stray birds of summer sing and fly away. These short, sometimes merely one-line poems are often just an image or the distillation of a thought, but they stay in the mind and do not fly away as easily as the birds. The author, Rabindranath Tagore, was a Nobel laureate for literature (1913) as well as one of India's greatest poets and the composer of independent India's national anthem, as well as that of Bangladesh. He wrote successfully in all literary genres, but was first and foremost a poet, publishing more than 50 volumes of poetry. He was a Bengali writer who was born in Calcutta and later traveled around the world. He was knighted in 1915, but gave up his knighthood after the massacre of demonstrators in India in 1919.