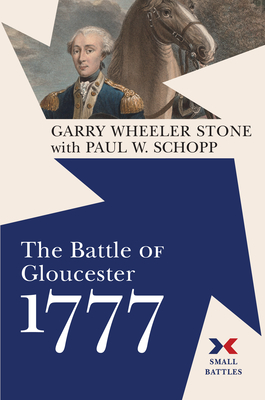 
Not in stock at store. Will, in most instances, ship from our warehouse in 7-10 days
The Marquis de Lafayette, a nineteen-year-old French youth, arrived in Philadelphia at the end of July 1777. He was a rich aristocrat, but he was unpretentious, charming, and eager to learn. Introduced to George Washington, he joined the commander-in-chief at the Battle of Brandywine in September, where he proved that he was courageous. Soon after, the British occupied Philadelphia and prepared to control the Delaware River, vital as a supply route. In November, the marquis volunteered to go to New Jersey with Major General Nathanael Greene and a detachment sent to defend Fort Mercer, a Delaware River fort controlling shipping access to Philadelphia. Mercer was threatened by an approaching enemy column led by Lord Charles Cornwallis. The Continentals were unable to reach Fort Mercer in time to save it, but Lafayette had ridden ahead of Greene to reconnoiter. He discovered a 350-man picket of German riflemen (jägers) guarding Cornwallis’s camp, and with ten light dragoons, 150 riflemen from Daniel Morgan’s Rifle Corps, and perhaps 200 New Jersey militia, he attacked. In forty-five minutes, Lafayette’s little band drove the jägers back two and a half miles, almost to Cornwallis’s camp. When the news of Lafayette’s small victory reached the Continental Congress at York, Pennsylvania, the delegates were elated—this was the only good news amid the gloom over the loss of Philadelphia and control of the Delaware River. Massachusetts delegate James Lovell relayed a glowing account of the skirmish to John Adams, concluding with “Genl. Greene says the Marquis seems determined to court Danger. I wish more were so determined.”
In The Battle of Gloucester, 1777, archaeological historian Garry Wheeler Stone, with the assistance of historian Paul W. Schopp, recreates this minor but important clash during the Philadelphia campaign. Relying on both primary source documents and the latest archaeological interpretations, the authors have determined the course of this fascinating “battle,” as Benjamin Franklin later proclaimed it to be. As a result of this action, when Washington requested that Lafayette be given a division, Congress agreed. On December 4, 1777, the marquis, promoted to major-general, took command of the brigades of Generals Woodford and Scott to begin what would be a glorious career in American service.

Small Battles: Military History as Local History
Mark Edward Lender and James Kirby Martin, Series Editors
Small Battles offers a fresh and important new perspective on the story of America’s early conflicts. It was the small battles, not the clash of major armies, that truly defined the fighting during the colonial wars, the American Revolution, the War of 1812, and the hostilities on the frontiers. This is dramatic military history as seen through the prism of local history—history with a depth of detail, a feeling for place, people, and the impact of battle and its consequences that the story of major battles often cannot convey. The Small Battles series focuses on America’s military conflicts at their most intimate and revealing level.
Garry Wheeler Stone is a semi-retired archaeological historian who worked forty-six years at historic sites from North Carolina to New Jersey. He has a doctorate from the University of Pennsylvania, is the author of numerous articles, and is co-author, with Mark Edward Lender, of Fatal Sunday: George Washington, the Monmouth Campaign, and the Politics of Battle. He lives with his wife in Chester County, Pennsylvania.
Paul W. Schopp is a senior historian with AECOM, a multinational engineering and consulting firm.
“The Battle of Gloucester, 1777 tells the story of the forgotten skirmish in southern New Jersey that enabled the Marquis de Lafayette to shed his image as a presumptuous foreign adventurer and join the senior command structure of George Washington’s Continental Army. In a brisk account grounded in geographic, social, political, and strategic context, Garry Wheeler Stone and Paul W. Schopp successfully reconstruct the “Little Event” that laid the foundation for the Lafayette legend.”—Gregory J.W. Urwin, Temple University

“A wonderfully clear, detailed, and engaging account of Lafayette’s first field command, and of his rise in Washington’sarmy. Stone and Schopp fill a gaping void in the history of the War for Independence.”—John U. Rees, author of “They Were Good Soldiers”: African Americans Serving in the Continental Army, 1775–1783