Year of the Rat (Paperback) 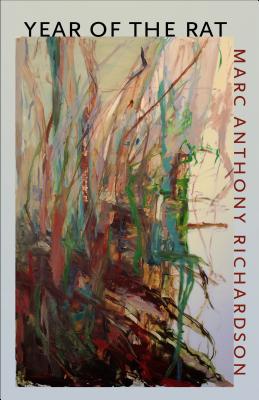 By Marc Anthony Richardson
$18.95
Backordered. Not in stock at store and may take a number of weeks to arrive.

Marc Anthony Richardson's Year of the Rat is a poignant and riveting literary debut narrated in an unabashedly exuberant voice.

In Year of the Rat, an artist returns to the dystopian city of his birth to tend to his invalid mother only to find himself torn apart by memories and longings. Narrated by this nameless figure whose rants, reveries, and Rabelaisian escapades take him on a Dantesque descent into himself, the story follows him and his mother as they share a one-bedroom apartment over the course of a year.

Despite his mother’s precarious health, the lingering memories of a lost love, an incarcerated sibling, a repressed sexuality, and an anarchic inability to support himself, he pursues his dream of becoming an avant-garde artist. His prospects grow dim until a devastating death provides a painful and unforeseeable opportunity. With a voice that is poetic and profane, ethereal and irreverent, cyclical and succinct, he roams from vignette to vignette, creating a polyphonic patchwork quilt of a family portrait.

Marc Anthony Richardson received his MFA from Mills College. He is an artist and writer from Philadelphia. Year of the Rat is his debut novel.

"Even the most challenging of transgressive writers pales in comparison... Technically a novel, it will make all but the most experimental of readers throw it across a room."
—Kirkus Reviews

"Richardson has found a way to describe in words the inability to understand other people—he uses dense prose that circles on itself and leaps from present to flashback, depicting a muddled mind at work...once readers enter the story it's easy to be swept into its stormy momentum, and to acknowledge the very promising start of the author's career. "
—Publishers Weekly

"Marc Anthony Richardson is an artist from Philadelphia and this compact book, his first, which won the Ronald Sukenick Prize for Innovation Fiction, makes for a fine addition to the recent history of experimental prose by writers with ties to Philadelphia—from the late Fran Ross (whose 1974 novel, Oreo, was recently re-issued) to contemporaries like Samuel R. Delany, Sabrina Vourvoulias, Hilary Plum, Caren Beilin, and the West Philadelphia sci-fi collective Metropolarity. . . . Focused on the body and the anguish of grief, its style has shades of early Henry Miller and Lawrence Durrell, Sartre’s Nausea, and Ralph Ellison’s Invisible Man."
—Cleaver Magazine

“Trust me, you've never read anything like Marc Anthony Richardson's Year of the Rat, and you must stop everything you're doing right now and make time for it. Gorgeous, unsparing, heartbreaking, the book is a prose poem of a testament to motherhood, to manhood, to lost generations, to hope itself."
—Cristina García, author of King of Cuba and The Lady Matador's Hotel

"In language that is at times phantasmagoric, at times ribald, and always beautiful, Marc Anthony Richardson's debut novel astounds. Bold, provocative, and ambitious: we have a new, indispensable voice in American letters."
—Micheline Aharonian Marcom, author of Three Apples Fell from Heaven and The Mirror in the Well

“Here is the debut of a breathtaking talent, a writer of relentless intelligence and vision. Marc Anthony Richardson’s writing is at once ecstatic and gritty, fierce and tender, gorgeous and as potent as a bomb.”
—Carolina De Robertis, author of The Invisible Mountain and The Gods of Tango

“As word-drunk as Joyce, as sharp-eyed as Ellison, Richardson has a mesmerizing voice that grabs you by the ears and won’t let go. This poignant tale of a young man’s devotion to his family while he struggles to succeed in a surreal art world introduces Richardson as an important new voice.”
—Cornelia Nixon, author of Jarrettsville and Angels Go Naked

"Haunted by the sign (maria) of the moon, Marc Anthony Richardson's remarkable and necessary debut, Year of the Rat, is an abject linguistic entity scrabbling through a complex underworld of love and disgust—a world of damaged, systematically marginalized black bodies from which Richardson's narrator continuously rises, bringing news, rage, and redemption in beauty and the irresistible connections of family."
—Michael Mejia, author of Forgetfulness