Soul Full of Coal Dust: A Fight for Breath and Justice in Appalachia (Compact Disc) 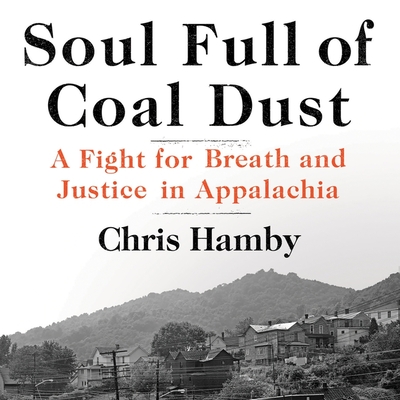 By Chris Hamby, Gary Tiedemann (Read by)
$100.99
May be on Backorder or may be Out of Print. May take a number of weeks to arrive if it arrives at all. We will confirm.

In a devastating and urgent work of investigative journalism, Pulitzer Prize winner Chris Hamby uncovers the terrifying resurgence of black lung disease in Appalachia, its Big Coal cover-up, and the resilient mining communities who refuse to back down

Decades have passed since black lung disease was considered a national disgrace and Congress was pushed to take legislative action. Since then, however, not much has changed. Big coal companies, along with their allies in the legal and medical professions, have not only flouted the law and exposed miners to deadly amounts of coal dust, but systematically denied benefits to miners who suffer and die as a result of their jobs.

Soul Full of Coal Dust is a real-life thriller, the story of one of the nation's most voiceless populations and its attempts to challenge one of the world's most powerful forces: Big Coal. It is the story of these men and women, who have little access to education and few options in life, and their small group of advocates -- lawyers and doctors often working out of their homes or in rural clinics and tiny offices. For decades, they have been fighting to wrench even modest compensation and medical costs from our nation's biggest mining interests - all for a disease that should have been virtually eradicated years ago.

Full of the rich and complex atmosphere of Appalachia, packed with stories of workers who have toiled in the mines of West Virginia, Kentucky, and Virginia, as well as tense courtroom dramas, Soul Full of Coal Dust is an important and timely book about injustice and resistance.