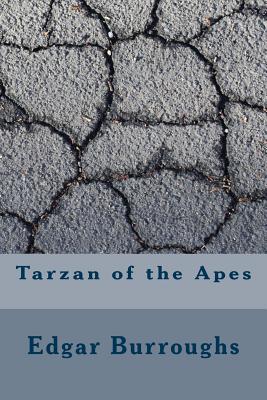 By Edgar Rice Burroughs
$15.99
Special Order, May be Out of Print

Tarzan of the Apes is very much a product of its age: replete with bloodthirsty natives and a bulky, swooning American Negress, and haunted by what zoo specialists now call charismatic megafauna (great beasts snarling, roaring, and stalking, most of whom would be out of place in a real African jungle). Burroughs countervails such incorrectness, however, with some rather unattractive representations of white civilization-mutinous, murderous sailors, effete aristos, self-involved academics, and hard-hearted cowards. At Tarzan's heart rightly lies the resourceful and hunky title character, a man increasingly torn between the civil and the savage, for whom cutlery will never be less than a nightmare. The passages in which the nut-brown boy teaches himself to read and write are masterly and among the book's improbable, imaginative best. How tempting it is to adopt the ten-year-old's term for letters-"little bugs" And the older Tarzan's realization that civilized "men were indeed more foolish and more cruel than the beasts of the jungle," while not exactly a new notion, is nonetheless potent. The first in Burroughs's serial is most enjoyable in its resounding oddities of word and thought, including the unforgettable "When Tarzan killed he more often smiled than scowled; and smiles are the foundation of beauty." Edgar Rice Burroughs is one of the world's most popular authors. With no previous experience as an author, he wrote and sold his first novel-_A Princess of Mars_-in 1912. In the ensuing thirty-eight years until his death in 1950, Burroughs wrote ninety-one books and a host of short stories and articles. Although best known as the creator of the classic Tarzan of the Apes and John Carter of Mars, his restless imagination knew few bounds. Burroughs's prolific pen ranged from the American West to primitive Africa and on to romantic adventure on the moon, the planets, and even beyond the farthest star.