The Bone and Sinew of the Land Lib/E: America's Forgotten Black Pioneers and the Struggle for Equality (Compact Disc) 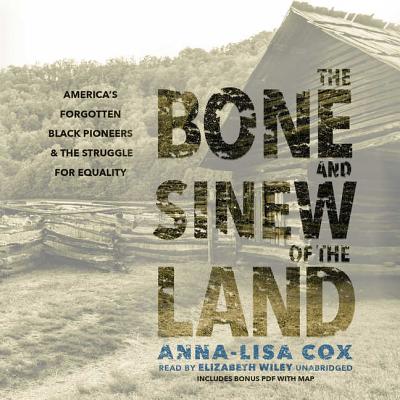 By Anna-Lisa Cox, Elizabeth Wiley (Read by)
$76.00
May be on Backorder or may be Out of Print. May take a number of weeks to arrive if it arrives at all. We will confirm.

The long-hidden truth about America's black pioneers, the frontier they settled, and their fight for a better nation

The American frontier is one of our most cherished and enduring national images. We think of the early pioneers who settled the wilderness as courageous, independent-and white.

This version of history is simply wrong. Starting in our nation's earliest years, thousands of free African Americans were building hundreds of settlements in the Northwest Territory, a territory that banned slavery and gave equal voting rights to all men. This groundbreaking work of research reveals the lost history of the nation's first Great Migration. Though forgotten today, these pioneers were a matter of national importance at the time; their mere existence leading to fierce political movements and battles that tore families and communities apart long before the Civil War erupted.

The Bone and Sinew of the Land is a story with its roots in the ideals of the American Revolution, a story of courageous pioneers transformed by the belief that all men are created equal, seeking a brighter future on the American frontier.