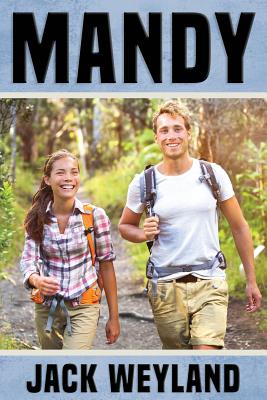 
Not in stock at store. Will, in most instances, ship from our warehouse in 7-10 days
They say opposites attract. That's certainly true for Mandy and Dave, who meet at a BYU ward opening social. In high school Mandy participated in all sports, including rodeo, and is now a P.E major. Dave's dream is to become an opera singer. One thing they have in common is a willingness to learn from each other. After they get married, they move to Philadelphia where Dave attends a college for aspiring opera singers, and Mandy becomes a student in the Pathway Program. The students in her Pathway group help her develop respect and love for ethnic diversity. In contrast, Dave begins to focus primarily on his professional goals and ignore those who have not had the opportunities he's had. At one point Mandy says she's worried that he's becoming a selfish jerk. Will Mandy and Dave be able to repair their relationship? Also, how can Dave's being held up at gun point help him realize an important truth?
Jack Weyland is the best-selling author of young-adult fiction for the Latter-day Saint market. In fact, the modern genre of Latter-day Saint-themed popular fiction is one he is largely responsible for creating with his overwhelmingly popular novel Charly. His interest in fiction began with a correspondence course in creative writing taken during a summer at BYU where he was doing research work. Since then he has published more than two dozen books, and over fifty of his short stories have been published by the LDS Church magazine The New Era. Born in Butte, Montana, Jack received a B.S. degree in physics from Montana State University and a Ph.D. in physics from BYU. He has taught physics at the South Dakota School of Mines and Technology, and also at BYU-Idaho. In 2011, he received the Whitney Award for Outstanding Achievement as a novelist.