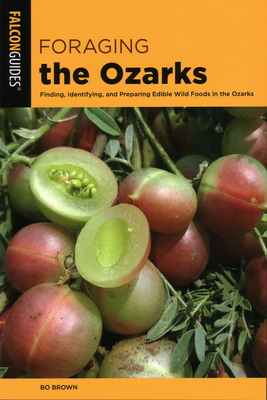 
On our shelves now. We will confirm availability.
The Ozark Mountains in Missouri and Arkansas have had a long history of foraging since indigenous tribes such as the Osage, Quapaw, and Kickapoo sporadically inhabited the area and utilized the rich natural resources. Settlers from the Appalachians came later and survived on what they could find, trap, and hunt. Foraging remains a major activity among the Ozarks' outdoor community, supported in large part by established local restaurateurs and other buyers of wild herbs, berries, and nuts. Foraging the Ozarks, written by local wilderness expert Bo Brown, highlights about a hundred commonly found edibles in the Interior Highlands, from ubiquitous herbs to endemic species. With sidebars, recipes, helpful tips, and toxin warnings throughout, Foraging the Ozarks is the only guidebook the Ozark outdoor enthusiast will need to pick it, cook it, and eat it.
Bo Brown has worked as an avian field biologist since 1985, and has been teaching outdoor skills since 1992. He is the founder and director of First Earth Wilderness School in the Missouri Ozarks, where he regularly leads courses on foraging and stone-age wilderness survival skills throughout the region, and has assisted John McPherson in wilderness survival training sessions for U.S. Army Special Forces SERE instructors in Kansas. Bo is also a professional musician, and lives on 15 wooded acres in a log cabin near Rogersville, Missouri. Follow his various outdoor activities at firstearth.org.