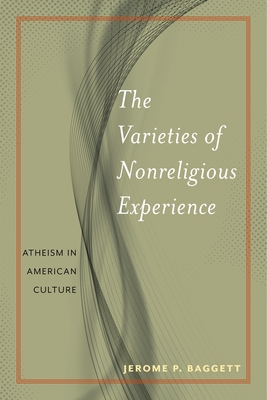 By Jerome P. Baggett
$30.00
On our shelves now (while supplies last)

A fascinating exploration of the breadth of social, emotional, and spiritual experiences of atheists in America

Self-identified atheists make up roughly 5 percent of the American religious landscape, comprising a larger population than Jehovah's Witnesses, Orthodox Christians, Muslims, Buddhists, and Hindus combined. In spite of their relatively significant presence in society, atheists are one of the most stigmatized groups in the United States, frequently portrayed as immoral, unhappy, or even outright angry. Yet we know very little about what their lives are actually like as they live among their largely religious, and sometimes hostile, fellow citizens. In this book, Jerome P. Baggett listens to what atheists have to say about their own lives and viewpoints. Drawing on questionnaires and interviews with more than five hundred American atheists scattered across the country, The Varieties of Nonreligious Experience uncovers what they think about morality, what gives meaning to their lives, how they feel about religious people, and what they think and know about religion itself. Though the wider public routinely understands atheists in negative terms, as people who do not believe in God, Baggett pushes readers to view them in a different light. Rather than simply rejecting God and religion, atheists actually embrace something much more substantive-lives marked by greater integrity, open-mindedness, and progress. Beyond just talking about or to American atheists, the time is overdue to let them speak for themselves. This book is a must-read for anyone interested in joining the conversation.