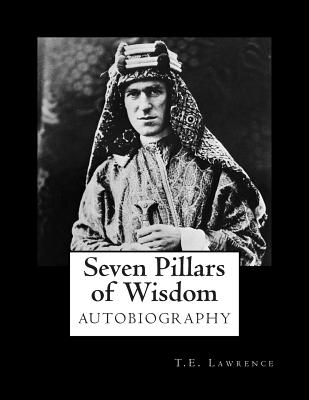 
Not in stock at store. Will, in most instances, ship from our warehouse in 7-10 days
Seven Pillars of Wisdom is the autobiographical account of the experiences of British soldier Thomas Edward Lawrence ("Lawrence of Arabia"), while serving as a liaison officer with rebel forces during the Arab Revolt against the Ottoman Turks of 1916 to 1918. This is the 1926 edition of the Seven Pillars of Wisdom. Thomas Edward Lawrence, CB, DSO (16 August 1888-19 May 1935), known professionally as T. E. Lawrence, was a British Army officer renowned especially for his liaison role during the Arab Revolt against Ottoman Turkish rule of 1916-18. The breadth and variety of his activities and associations, and his ability to describe them vividly in writing, earned him international fame as "Lawrence of Arabia".