Path of Blood: The Story of Al Qaeda's War on the House of Saud (Hardcover) 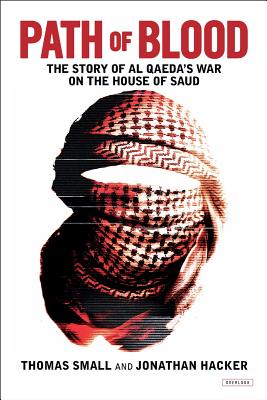 Path of Blood: The Story of Al Qaeda's War on the House of Saud (Hardcover)


This title is most likely out of print and an order would not be able to be filled.
Path of Blood tells the gripping and horrifying true story of the underground army which Osama Bin Laden created in order to attack his number one target: his home country, Saudi Arabia. His aim was to conquer the land of the Two Holy Mosques, the land from where Islam had first originated, and, from there, to reestablish an Islamic Empire that could take on the West and win. Thomas Small and Jonathan Hacker use new insider evidence to expose the real story behind the Al Qaeda. Far from the image of single-minded holy warriors they present to the world, the bands of sol­diers are riven by infighting and lack of discipline. Drawing on unprecedented access to Saudi govern­ment archives, interviews with top intelligence of­ficials both in the Middle East and in the West, as well as with captured Al Qaeda militants, and access to exclusive captured video footage from Al Qaeda cells, Path of Blood tells the full story of the terrorist campaign and the desperate and deter­mined attempt by Saudi Arabia’s internal security services to put a stop to it.
Thomas Small is Associate Producer for the film and holds a degree in Arabic & Islamic Studies from the University of London. This is his first book.

Jonathan Hacker is the director and producer of the film Path of Blood. He studied history at Oxford and film at USC. He has directed a wide range of documentaries including the feature length Britain's First Suicide Bombers for BBC2.