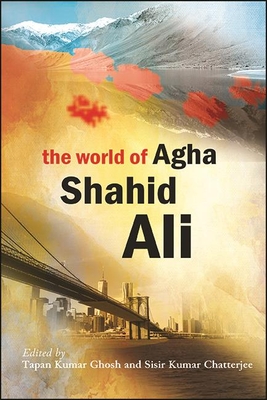 Featuring essays by American, Indian, and British scholars, this collection offers critical appraisals and personal reflections on the life and work of the transnational poet Agha Shahid Ali (1949-2001). Though sometimes identified as an "Indian writer in English," Shahid came to designate himself as a Kashmiri-American writer in exile in the United States, where he lived for the latter half of his life, publishing seven volumes of poetry and teaching at colleges and universities across the country. Locating Shahid in a diasporic space of exile, the volume traces the poet's transnationalist attempts to bridge East and West and his movement toward a true internationalism. In addition to offering close formal analyses of most of Shahid's poems and poetry collections, the contributors also situate him in relation to both Western and subcontinental poetic forms, particularly the ghazal. Many also offer personal anecdotes that convey the milieu in which the poet lived and wrote, as well as his personal preoccupations. The book concludes with the poet's 1997 interview with Suvir Kaul, which appears in print here for the first time.

Tapan Kumar Ghosh is Associate Professor of English at Tarakeswar Degree College, India. He is the editor of several books, including Mapping out the Rushdie Republic: Some Recent Surveys and In Pursuit of Amitav Ghosh: Some Recent Readings (both with Prasanta Bhattacharyya). Sisir Kumar Chatterjee is Associate Professor of English at Hooghly Mohsin College, India. His books include Philip Larkin: Poetry That Builds Bridges.