Omnivore's Dilemma: The Search for a Perfect Meal in a Fast-Food World (Paperback) 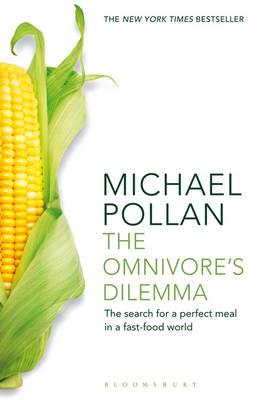 Pollan writes about the ecology of the food humans eat and why--what it is, in fact, that we are eating. Discussing industrial farming, organic food, and what it is like to hunt and gather food, this is a surprisingly honest and self-aware account of the evolution of the modern diet.

Michael Pollan is the author of five books: "Second Nature," "A Place of My Own," "The Botany of Desire," which received the Borders Original Voices Award for the best nonfiction work of 2001 and was recognized as a best book of the year by the American Booksellers Association and Amazon, and the national bestellers, "The Omnivore's Dilemma," and "In Defense of Food."A longtime contributing writer to "The New York Times Magazine," Pollan is also the Knight Professor of Journalism at UC Berkeley. His writing on food and agriculture has won numerous awards, including the Reuters/World Conservation Union Global Award in Environmental Journalism, the James Beard Award, and the Genesis Award from the American Humane Association.