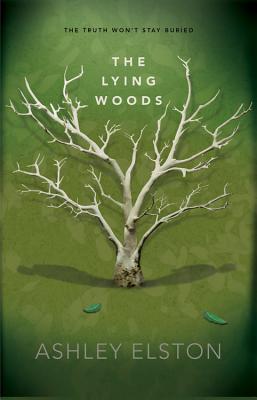 By Ashley Elston
$17.99
Not in stock at store. Will, in most instances, ship from our warehouse in 7-10 days

Owen Foster has never wanted for anything. Then his mother shows up at his elite New Orleans boarding school cradling a bombshell: his privileged life has been funded by stolen money. After using the family business, the single largest employer in his small Louisiana town, to embezzle millions and drain the employees' retirement accounts, Owen's father vanished without a trace, leaving Owen and his mother to deal with the fallout.
Owen returns to Lake Cane to finish his senior year, where people he hardly remembers despise him for his father's crimes. It's bad enough dealing with muttered insults and glares, but when Owen and his mother receive increasingly frightening threats from someone out for revenge, he knows he must get to the bottom of what really happened at Louisiana Frac...and the cryptic note his father sent him at his boarding school days before disappearing.
Owen's only refuge is the sprawling, isolated pecan orchard he works at after school, owned by a man named Gus who has his own secrets--and in some ways seems to know Owen better than he knows himself. As Owen uncovers a terrible injustice that looms over the same Preacher Woods he's claimed as his own, he must face a shocking truth about his past--and write a better future.

Ashley Elston is the author of several novels including: The Rules for Disappearing (a finalist in the Best Young Adult Novel category of the International Thriller Writers Thriller Awards) and This Is Our Story. She has a liberal arts degree from Louisiana State University in Shreveport and worked for many years as a wedding photographer before turning her hand to writing. Ashley lives in Shreveport with her husband and three sons. For more information about Ashley and her books, please visit www.ashleyelston.com.

*"Fans who have come to expect Elston's mastery of situational tension, double narratives, and enthralling mystery will not be disappointed with this newest tale that alternates between past and present perspectives as it barrels toward a stunning reveal... Readers won't even notice the steady pull to the edges of their seats."—Kirkus Reviews (starred review)

*"This is a mystery that introduces characters slowly, with a thoughtful alternating story line and backstory that allows the plot to maintain its pace. Owen's frustration and actions, along with the people whose futures were destroyed by his father, are understandable and build to a satisfying conclusion."—School Library Journal (starred review)

"The intergenerational plot complicates the adults in the story, resisting typical YA stereotypes and giving Owen some adults worthy of the trust and affection he invests in them. Readers who enjoy a realistic mystery based on contemporary family dynamics and small-town class conflicts are the audience for this."—BCCB

"A blisteringly quick read, thanks to its compelling story and nonstop surprises."—Culturess

"Elston has masterfully plotted this story out and the way everything wraps up is incredibly satisfying. The Lying Woods is an exciting novel perfect for fans of contemporary mystery.... Sure to keep you on your toes."—The Young Folks