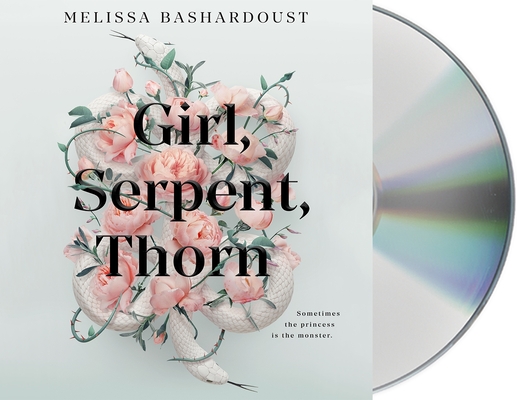 Girl, Serpent, Thorn is “an alluring feminist fairy tale” (Kirkus Reviews) about a girl cursed to be poisonous to the touch and who discovers what power might lie in such a curse.

There was and there was not, as all stories begin, a princess cursed to be poisonous to the touch. But for Soraya, who has lived her life hidden away, apart from her family, safe only in her gardens, it’s not just a story.

As the day of her twin brother’s wedding approaches, Soraya must decide if she’s willing to step outside of the shadows for the first time. Below in the dungeon is a demon who holds knowledge that she craves, the answer to her freedom. And above is a young man who isn’t afraid of her, whose eyes linger not with fear, but with an understanding of who she is beneath the poison.

Soraya thought she knew her place in the world, but when her choices lead to consequences she never imagined, she begins to question who she is and who she is becoming...human or demon. Princess or monster.

Melissa Bashardoust received her degree in English from the University of California, Berkeley, where she rediscovered her love for creative writing, children’s literature, and fairy tales and their retellings. She currently lives in Southern California with a cat named Alice and more copies of Jane Eyre than she probably needs. Girls Made of Snow and Glass is her first novel.