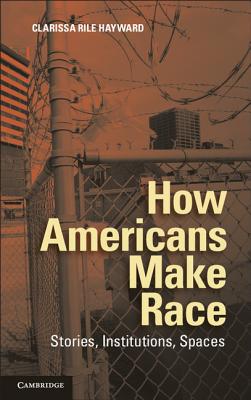 By Clarissa Rile Hayward
$27.99
Not in stock at store. Will, in most instances, ship from our warehouse in 7-10 days

How do people produce and reproduce identities? In How Americans Make Race, Clarissa Rile Hayward challenges what is sometimes called the narrative identity thesis: the idea that people produce and reproduce identities as stories. Identities have greater staying power than one would expect them to have if they were purely and simply narrative constructions, she argues, because people institutionalize identity-stories, building them into laws, rules, and other institutions that give social actors incentives to perform their identities well, and because they objectify identity-stories, building them into material forms that actors experience with their bodies. Drawing on in-depth historical analyses of the development of racialized identities and spaces in the twentieth-century United States, and also on life-narratives collected from people who live in racialized urban and suburban spaces, Hayward shows how the institutionalization and objectification of racial identity-stories enables their practical reproduction, lending them resilience in the face of challenge and critique.