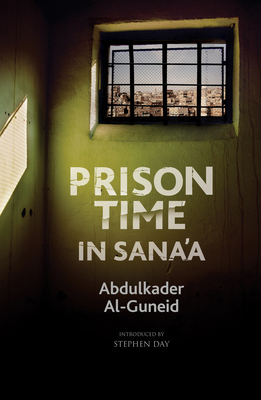 
May be on Backorder or may be Out of Print. May take a number of weeks to arrive if it arrives at all. We will confirm.
Prison Time in Sana'a tells the story of Dr Abdulkader Al-Guneid's harrowing experience inside jail in Yemen's capital shortly after it was taken over by Houthi rebels.

In his hometown of Taiz, Al-Guneid, a medical doctor, had been an outspoken ﬁgure on Yemeni politics for decades. In recent years, his social media and interviews were read around the world and attracted a global following from an audience anxious to hear an unbiased explanation of the underlying roots of the conﬂict. Ultimately, his activism placed him in the movement's cross hairs, leading to his abduction on 5 August 2015 and incarceration in an undisclosed Houthi jail in Sana'a. For the next 300 days, Al-Guneid shared his time with American hostages, Houthi ﬁghters, Al Qaeda militants and ordinary Yemenis caught up in the chaos of war. Following his release, he wrote about his experience in exhaustive and gripping detail from exile in Canada. Initially typing his entire account on his mobile phone, his story has since been distilled into a deeply personal account of his incarceration offering an extraordinarily candid perspective on the Yemen crisis from deep within Houthi-held territory.