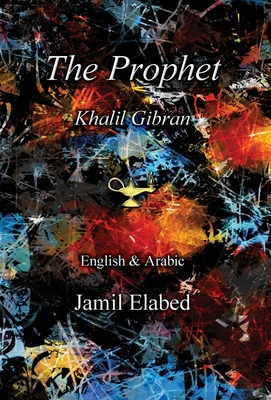 Jamil Elabed, the author of this 8thGolden Copy edition of the translation into Arabic of Khalil Gibran'sThe Prophet, spent twenty years and eight editions refining this work.

The Arabic language is his greatest passion. As a graduate of English Language and Literature, his English language skills helped him translate one of the greatest books in history into Gibran's mother tongue, a book that has sold more than one hundred million copies worldwide and has been translated into more than a hundred languages.

Jamil revelled in the company of Gibran's visions and thoughts over the years, hence his relentless refinement to bring this Golden Copy to as close to perfection and thorough faithfulness to the original text as he possibly could. This obsession was driven by his primary purpose of providing Arabic readers with the same pleasure that readers of the original English text bask in.

This herculean linguistic challenge Jamil undertook changed his life in so many ways. The vagueness of being was no longer as vague; we are no longer more body than spirit; what is here is not all that is there.

The Prophet is a long poem that we all crave to sing. A song the translator sang with Gibran, albeit in Arabic this time. The Arabic words and phrases came from the same reservoir and transcendental echoes as their English counterparts; from the same mysterious caves, bearing the same breath and the same rhythm. However, the translator leaned heavily on the grandeur and the inherent vigorousness and tunefulness of the Arabic language that sent its words fluttering like robins in flight, and the phrases streaming like a brook in a melody of image and sound, reflecting those which Gibran saw and heard in his short but enormously bountiful and inspiring life.