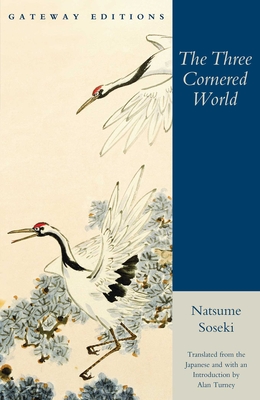 
Backordered. Not in stock at store and may take a number of weeks to arrive.
The Three Cornered World is the novelistic expression of the contrast between the Western ethical view of reality and the Eastern ethical view by one of Japan's most beloved authors. Natsume Soseki tells of an artist who retreats to a country resort and becomes involved in a series of mysterious encounters with the owner's daughter. Intricately interwoven with the author's reflections on art and nature, conversations with Zen monks and writers of haiku, are a plethora of unique Japanese characters offering the reader an exquisite "word painting."
Natsume Soseki (1867-1916), perhaps the greatest novelist if the Meiji period, remains one of the most widely read authors in Japan.