The Book of Margery Kempe: The Autobiography of the Wild Woman of God (Paperback) 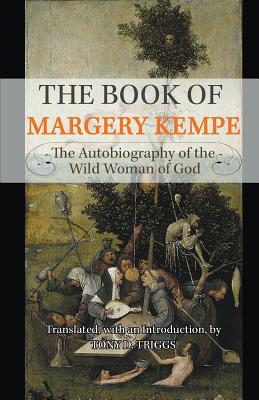 Dating from the fifteenth century, The Book of Margery Kempe is the first known autobiography in English. In it the author describes, in unembarrassed, down-to-earth detail, her madness, financial ruin, religious ecstasies, marital problems and dangerous treks to distant shrines. The result is a unique portrait of a strange medieval character, living out a colourful life in a turbulent, often tragic world.
Margery Kempe was born about 1373 in the then bustling port of King's Lynn in Norfolk. She married a merchant and was mother to fourteen children, but a streak of worldly ambition led her into ill-fated business
ventures in milling and brewing. Chastened by their failure, and by a vision of Christ, she became prone to ecstatic weeping and crying and was shunned, tormented and even put on trial. With the encouragement
of saintly individuals such as Julian of Norwich, she undertook pilgrimages to Rome, Santiago de Compostela and the Holy Land, and journeyed widely in England, France, Germany and Poland - making an offering at the Shrine of Our Lady of Walsingham before the dangerous sea-voyage to the Baltic. Kempe's religious life belongs in that rich vein of spirituality expressed by women who, debarred from theological training or any official position in the church, cultivated the more immediate authority of mystical experience.
Her Book, which was dictated to two scribes beginning in about 1431, shows an extraordinary recall both of external events and of her inner life over a span of forty years. After being lost for centuries it was only
rediscover ed in 1934, in a fifteenth-century manuscript. Previous translations of her Middle E nglish prose have not captured Kempe's authentic voice; this present one brings her fully and volubly alive for
modern readers.