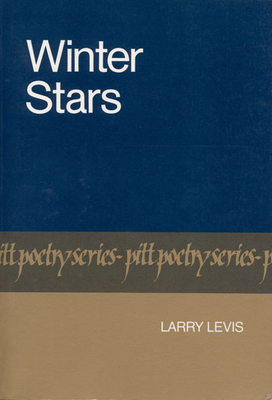 Since the appearance of his first book in 1972, Larry Levis has been one of the most original and most highly praised of contemporary American poets. In Winter Stars, a book of love poems and elegies, Levis engages in a process of relentless self-interrogation about his life, about losses and acceptances.  What emerges is not merely autobiography, but a biography of the reader, a “representative life” of our time.

Larry Levis  was born in Fresno, California, in 1946. His first book of poems, Wrecking Crew, won the United States Award from the International Poetry Forum, and was published in the Pitt Poetry Series in 1972. His second book, The Afterlife, won the Lamont Award from the American Academy of Poets in 1976. In 1981, The Dollmaker's Ghost was a winner of the Open Competition of the National Poetry Series. Among his other awards were three fellowships in poetry from the National Endowment for the Arts, a Fulbright Fellowship, and a Guggenheim Fellowship. Larry Levis died in 1996.

“The poems are as alive on the page as if they were being spoken to us directly as we read.”
--Publishers Weekly

“There are few contemporary poets who can do what Larry Levis does. . . .There are few others who can combine so artfully the skills of the novelist and those of the poet. Levis’s gift in this, perhaps his finest work, reveals itself in that attention to detail that is the novelist’s creed, and the compulsion to say what must be said, even if one has stipped believing, that marks the poet’s calling. . . .There are wonderfully fresh moments that blossom within poems. . . .In his best poems Levis touches something dreamlike, the horror and beauty that can exist within the commonplace. . . .Levis’ poems have that sharp clarity, that pein, that haunting resonance.”
--Kliat Paperback Book Guide

“A sprawling psalmic line carries these poems forward as they show off that new interest in discursive meditation which has surfaced in the ‘80s. Levis’s ability to cast his poems out from the self and then reel them in is impressive indeed.”