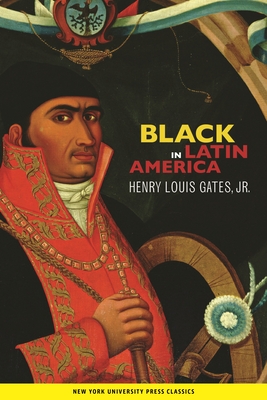 By Henry Louis Gates Jr
$31.20
Not in stock at store. Will, in most instances, ship from our warehouse in 7-10 days

Selected as a 2012 Outstanding Title by AAUP University Press Books for Public and Secondary School Libraries
12.5 million Africans were shipped to the New World during the Middle Passage. While just over 11.0 million survived the arduous journey, only about 450,000 of them arrived in the United States. The rest--over ten and a half million--were taken to the Caribbean and Latin America. This astonishing fact changes our entire picture of the history of slavery in the Western hemisphere, and of its lasting cultural impact. These millions of Africans created new and vibrant cultures, magnificently compelling syntheses of various African, English, French, Portuguese, and Spanish influences.

Despite their great numbers, the cultural and social worlds that they created remain largely unknown to most Americans, except for certain popular, cross-over musical forms. So Henry Louis Gates, Jr. set out on a quest to discover how Latin Americans of African descent live now, and how the countries of their acknowledge--or deny--their African past; how the fact of race and African ancestry play themselves out in the multicultural worlds of the Caribbean and Latin America. Starting with the slave experience and extending to the present, Gates unveils the history of the African presence in six Latin American countries--Brazil, Cuba, the Dominican Republic, Haiti, Mexico, and Peru--through art, music, cuisine, dance, politics, and religion, but also the very palpable presence of anti-black racism that has sometimes sought to keep the black cultural presence from view.

In Brazil, he delves behind the fa ade of Carnaval to discover how this 'rainbow nation' is waking up to its legacy as the world's largest slave economy.

In Cuba, he finds out how the culture, religion, politics and music of this island is inextricably linked to the huge amount of slave labor imported to produce its enormously profitable 19th century sugar industry, and how race and racism have fared since Fidel Castro's Communist revolution in 1959.

In Haiti, he tells the story of the birth of the first-ever black republic, and finds out how the slaves's hard fought liberation over Napoleon Bonaparte's French Empire became a double-edged sword.

In Mexico and Peru, he explores the almost unknown history of the significant numbers of black people--far greater than the number brought to the United States--brought to these countries as early as the sixteenth and seventeenth centuries, and the worlds of culture that their descendants have created in Vera Cruz on the Gulf of Mexico, the Costa Chica region on the Pacific, and in and around Lima, Peru.

Professor Gates' journey becomes ours as we are introduced to the faces and voices of the descendants of the Africans who created these worlds. He shows both the similarities and distinctions between these cultures, and how the New World manifestations are rooted in, but distinct from, their African antecedents. "Black in Latin America" is the third instalment of Gates's documentary trilogy on the Black Experience in Africa, the United States, and in Latin America. In America Behind the Color Line, Professor Gates examined the fortunes of the black population of modern-day America. In Wonders of the African World, he embarked upon a series of journeys to reveal the history of African culture. Now, he brings that quest full-circle in an effort to discover how Africa and Europe combined to create the vibrant cultures of Latin America, with a rich legacy of thoughtful, articulate subjects whose stories are astonishingly moving and irresistibly compelling.

Henry Louis Gates, Jr., is the director of the W. E. B. Du Bois Institute for African and African American Research and holder of the distinguished title of Alphonse Fletcher University Professor at Harvard University. He is the author of twelve books, including several award-winning works of literary criticism as well as the memoir Colored People; The Future of the Race, co-authored with Cornel West; Thirteen Ways of Looking at a Black Man; and Tradition and the Black Atlantic. Gates has hosted ten PBS television specials, including Looking for Lincoln and the two part series, African American Lives, upon which his book In Search of Our Roots (2009) was based. He is winner of the 2009 Ralph Lowell Award for Outstanding Contributions to Public Television and the 2010 NAACP Image Award for Non-Fiction.