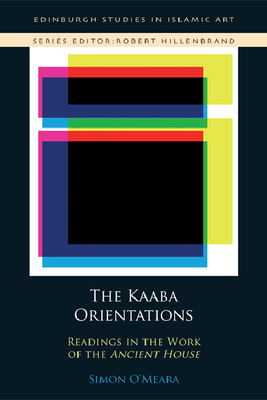 The most sacred site of Islam, the Kaʿba (the granite cuboid structure at the centre of the Great Mosque of Mecca) is here investigated by examining six of its predominantly spatial effects: as the qibla (the direction faced in prayer); as the axis and matrix mundi of the Islamic world; as an architectural principle in the bedrock of this world; as a circumambulated goal of pilgrimage and site of spiritual union for mystics and Sufis; and as a dwelling that is imagined to shelter temporarily an animating force; but which otherwise, as a house, holds a void.

Simon O'Meara is an architectural historian of early to pre-modern urban Islamic culture, with a methodological interest in using the discourses of Islam to explore Islamic visuality and understand what scholarship can struggle to accommodate or see. He is Lecturer in the History of Architecture and Archaeology of the Islamic Middle East at SOAS, University of London.