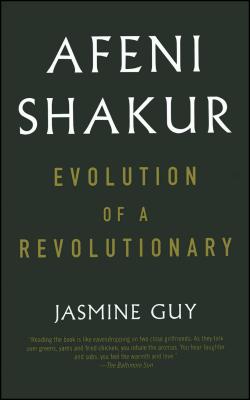 Afeni Shakur, one of the most visible figures in both the hip-hop and civil rights movements, reveals her moral and spiritual development in an innovative memoir spanning four decades.

Before becoming one of the most well-known members of the Black Power movement, Alice Faye Williams was not unlike any other poor, African American girl growing up in the impoverished South. But when her family moved to New York during the radical sixties, she became intoxicated by the promise of social change. By the time she turned twenty-one, Alice had a new name—Afeni Shakur, derived from the Yoruba term for "lover of people"—and a new vision for the future. The rest is history.

In 1969, Afeni was arrested along with other members of the Black Panther party on 189 felony charges that included 30 counts of conspiracy. Though she was eventually acquitted of the charges, Afeni spent eleven months in jail before being released. Once on bail, she became pregnant with a son: Tupac Amaru Shakur, a rap megastar until his tragic death in 1996.

In this searing work, renowned actress and Afeni's trusted friend Jasmine Guy reveals the evolution of a woman through a series of intimate conversations on themes such as love, death, race, drugs, politics, music, and, of course, her son. Filled with startling revelations and heartbreaking truths, Afeni's memoir is a powerful testament to the human spirit and the perseverance of the African American people.

Jasmine Guy knew Afeni Shakur for nearly a decade, having met her via Afeni's son, Tupac. A multitalented performer, Guy began her career as a dancer for the Alvin Ailey American Dance Center. She moved to acting and television, however, with the starring role of Whitley Gilbert on the hit series A Different World. During the show's six-season run, Jasmine made her film debut in Spike Lee's School Daze and went on to costar in Eddie Murphy's Harlem Nights. Her other big and small screen credits include Kla$h, Diamond Men, Stompin' at the Savoy, Any Day Now, Linc's, Feast of All Saints, and Dead Like Me. She has also starred more recently in The Vampire Diaries, and Grey’s Anatomy. Jasmine is married with one child. Afeni Shakur is her first book.

"Reading the book is like eavesdropping on two close girlfriends. As they talk over greens, yams and fried chicken, you inhale the aromas. You hear laughter and sobs; you feel the warmth and love."
-- The Baltimore Sun