Language, Memory, and Identity in the Middle East: The Case for Lebanon (Paperback) 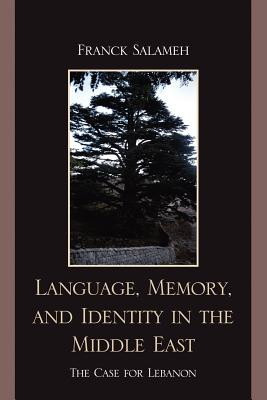 By Franck Salameh
$66.29
Not in stock at store. Will, in most instances, ship from our warehouse in 7-10 days

Since the West's very early flirtations with the modern Near East, and especially in the past 100 years of East-West relations, there has been considerable difficulty in understanding and defining the Middle East, the Arab world, pan-Arabism, Arab nationalism, and Middle Eastern identities in general. The Western impulse of conflating national identity with language, state, and ethnicity-often subsuming Arabic language into Arab ethnicity-has contributed to this misunderstanding and misreading of the region. For, while the Middle East can be accurately referred to by way of the generic "Arab world" label, the appellation itself is a misleading oversimplification that conceals an inherent diversity and multiplicity of Middle Eastern cultures, ethnicities, languages, and nationalities. And while there is certainly a dominant Arab ethnos, there are also significant numbers of Middle Eastern peoples and nationalities with historical memories and ethno-cultural bonds that challenge the dominant Arabist paradigm. Language, Memory, and Identity in the Middle East proposes a new reading of modern Middle Eastern history and suggests alternate solutions to the region's problems. The book is an attempt to rehabilitate and bring back to the fore of Middle East Studies the issue of language as a key factor in shaping (and misshaping) the region, with the hope of rediscovering a broader, more honest, and less ideologically tainted discussion on the Middle East. Language, Memory, and Identity in the Middle East has a special focus on Lebanon, a "Christian homeland," because Lebanon has traditionally acted as the region's template for change and a barometer gauging its problems and charting its progress.

Franck Salameh is assistant professor of Near Eastern Studies at Boston College.