Showering With Nana: Confessions Of A Serial Caregiver (Paperback) 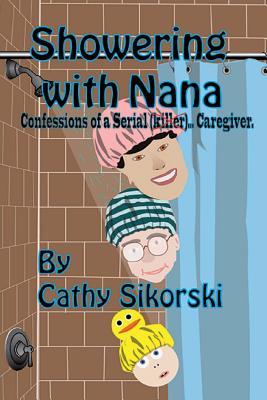 Showering With Nana: Confessions Of A Serial Caregiver (Paperback)


Not in stock at store. Will, in most instances, ship from our warehouse in 7-10 days
What happens when a two-year-old and a 92-year-old join forces and conspire against their primary caregiver? The picture is at times not pretty, but it's always heartwarming and witty. Elder care attorney Cathy Sikorski penned this memoir about her days as a stay-at-home mom whose life is turned upside down when her Nana moves in. In between the adventures and misadventures that ensue when the toddler and grandmother become allies, Sikorski learns about patience, the importance of humor and the joy that results from a well-deserved nap.
Cathy Sikorski has been a significant caregiver for the last 25 years for seven different family members and friends. A published humorist, Sikorski is also a practicing attorney who limits her practice to Elder Law issues. Her combined legal and humor expertise has made her a sought after speaker where she tackles the Comedy of Caregiving and the legal issues that affect those who will one day be or need a caregiver (which is everyone). Along with her speaking engagements, Sikorski is a frequent guest on radio programs and podcasts where she talks about the importance of using humor in caregiving. With more than 30 years of law behind her, she provides critical legal information for our aging population. Her latest endeavor is her humorous memoir Showering with Nana: Confessions of a Serial (killer) Caregiver (HumorOutcasts Press 2015). Sikorski has participated in memoir writing classes for two years at the prestigious Fine Arts Work Center in Provincetown, Massachusetts. She has also participated in the Philadelphia Writer's Conference where she won a Humor Prize in 2014. Sikorski blogs for The Huffington Post and is a contributing author for HumorOutcasts.com and she can been seen on the West Chester Story Slam YouTube channel. Known as a "Thought Leader," her work can be found in the HappinessRecipe Anthology: The Best of Year One, published 2014. Sikorski maintains an active blog "You just have to Laugh...where Caregiving is Comedy..." at www.cathysikorski.com where she continues to post absurd yet true stories that continue today.Contact Cathy Sikorski at cathy.sikorski@gmail.com and follow her on Twitter at @cathy_sikorski.